« Concert Review: The Killers Bring Fireworks to Atlanta | Main | GRAMMYs 2009: Less Than Six Days to The Main Event! I'd Love Your Help! » 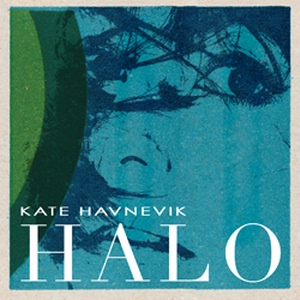 You heard it here first!

After her fantastic 2006 debut, "Melankton," Norwegian pop singer Kate Havnevik has reunited with top producer Guy Sigsworth to record songs for her forthcoming new LP. In the recent past, Sigsworth has produced songs for people like Alanis Morissette, Britney Spears and Madonna.

The first product of their collaboration is the single "Halo" that will be released later this year. It is another gorgeous, sweeping electro-pop tune that features Havnevik's mesmerizing vocals and Sigsworth crafty soundboard work that is instantly recognizable. Listen to the entire track after the jump.

Havnevik moved temporarily to Poland to record her new album with Sigsworth. "Guy moved there with his family, his wife is Polish and they had decided to spend a few years in Krakow," the singer tells me. "I helped Guy set up his studio there and when we start working on the music it doesn’t really matter where we are."

"We both love to be in the studio and we can sit there and work on different things for hours and then show each other what we have done," she adds.

The singer reveals that the sound of her new album will be a quite a bit different than her first. "The new album will be much more energetic and varied in tone and tempo,"  she tells me. "The songs are a little bit shorter and more colorful  I think. 'Melankton' had a string orchestra on all the songs and no guitars, while the new album only has strings on some songs and a lot of guitars. I think the new album still will be very melodic and atmospheric, but in a slightly different way."

"Halo" is a fitting introduction to the new record with its crisp production stylings, crescendoing chorus and perfectly-layered vocal harmonies. "Halo is full of curiosity and yes about seeking something, unrest, losing someone and leaving someone at the same time. Doing what you feel is right even though it hurts. I also feel there is a certain sentiment of hope in the song." 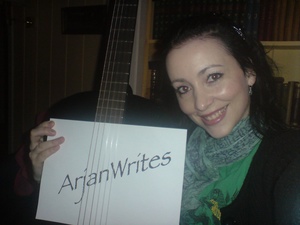 (If the player above is not loading, you can listen to the clip here.)