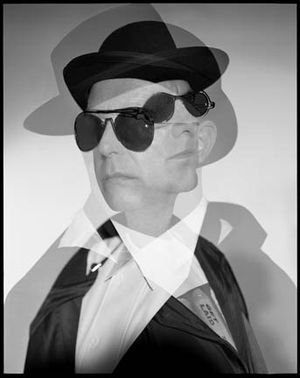 Exciting! Verbatim press release after the jump so you can get the word for word scoop about this new release. "Fundamental" was major. Will "Yes" be similarly exciting? I definitely hope so. Plus, I hope they boys will do a worldwide tour again. The "Fundamental" show was one the best pop gigs I've ever seen.

IN THE POP COLLABORATION OF THE YEAR, PET SHOP BOYS TEAM UP WITH PRODUCERS XENOMANIA FOR THEIR NEW STUDIO ALBUM “YES” WHICH WILL BE RELEASED ON PARLOPHONE ON MARCH 23rd

THE SINGLE “LOVE ETC” IS RELEASED ON MARCH 16th

In what is surely the pop collaboration of 2009, PET SHOP BOYS have teamed up with the hit production team Xenomania (Girls Aloud, Sugababes, Gabriella Cilmi etc) for their new studio album, “Yes”, which will be released on March 23rd.

Pet Shop Boys, who will receive the Outstanding Contribution To Music award at this years BRIT Awards on February 18th, co-wrote three of the eleven new tracks on the album with Xenomania. The other tracks were written by Tennant/Lowe with a little assistance from Tchaikovsky on “All Over the world”. The album was produced by Brian Higgins/Xenomania.

Chris Lowe comments: "This album is amazing and it was great working with Xenomania!" Neil Tennant says: "It's a fantastic, wide-ranging, pop record."

The album track listing is as follows (*written by Tennant/Lowe/Xenomania):

Love etc *
All over the world
Beautiful people
Did you see me coming?
Vulnerable
More than a dream *
Building a wall
King of Rome
Pandemonium
The way it used to be *
Legacy

The release of “Yes” will be preceded by the single “Love etc” on March 16. Pet Shop Boys describe the song as "a post-lifestyle anthem which sounds like nothing we’ve done before."

Pet Shop Boys are currently planning a very special performance at the BRIT Awards in February.  They have also co-written with Xenomania the current Girls Aloud single “The Loving Kind; the two groups met when both were recording at Xenomania’s studio in Kent.