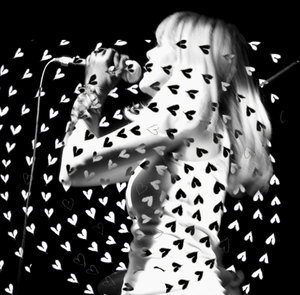 Remember that stomping little Kylie tune, titled "Two Hearts" from back in 2007? If so, then you will probably also remember that that song was in fact a cover of an original track by crunchy London electro group Kish Mauve.

After getting some mainstream attention, the duo of Jim Eliot and Mima Stilwell return this year with a brand-new album, titled "Black Heart." Kylie Minogue returned a favor and contributed the song "You Make Me Feel" to the album as a "pop swap." In anticipation of that, fans of crunchy electro pop will be in for a treat with two new remixes of Kish Mauve's single "Lose Control."

"Lose Control" was originally written for Kylie Minogue as well. The Australian singer recorded the song but the track never made it on her "X" album. Click here to check out Kylie's version of Kish Mauve's "Lose Control."