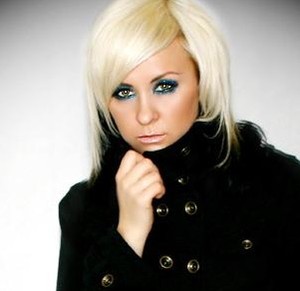 Check out a fantastic new Designer Drugs remix of Avian X's new single "Dark Circles." It's a potent electro stomper that will have you bouncing up and down. Guaranteed.

Avian X is a new electro-pop project of Natalia Ivachkevitch who likes to describe her music as "modern rock partying with a bunch of 80's sounds" that is at times reminiscent of Blondie, Shiny Toy Guns, Depeche Mode and Metric.

Speaking Russian, Polish and English, Natalia started her career in Eastern Europe but moved to New York to further her musical ambitions. She received help from master producer Josh Harris who produced part of "Electrosoul V2" and mixed up Natalia's powerful delivery with a steady rock sensibility.