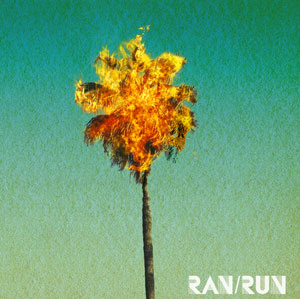 Time for something a little more crunchy...

RAN/RUN is a brand-new project from Australian producers Pete Jones and Ryan Walsh. The two put out a new EP filled with atmospheric gems that takes influences from pop, rock, '60s psychedelia and classic salsa.

The entire disc perfectly combines the calculated qualities of electronica with the melodic sensibilities of analogue instrumentation and Jones' distinct vocals. Most notably, the group didn't polish their songs to studio perfection, which resulted in a raw and authentic vibe. Check out the guilt-free MP3 download of "Beaches" (with that propulsive synth rhythm and catchy vocal harmonies)  to hear what I mean. It's very good.

Two two production wizards met at their first day of college where Pete studied sound production/engineering and Ryan was a composition/conducting major. They bonded over their love of music and played together in several bands during their time in school. After graduation, they went separate ways only to re-connect a few years later with a plan to record music together as RAN/RUN.
The beginnings of RAN/RUN's debut EP were written in and around Sydney, Brisbane, Caracas and Bogota before being finished by the two of them in Pete's studio.