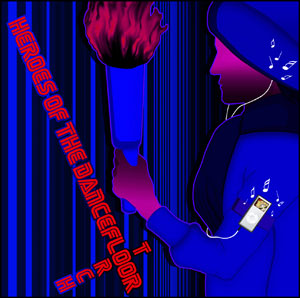 "Same Scandal" is a track taken from the second Heroes of the Dancefloor LP that was released last month. Heroes of the Dancefloor is a musical project that was established by Gary Alesbrook, Alex Hutchins, Dan Moore, James Morton, Ben Waghorn and Mamazu that will benefit homeless charities in New York City. A hundred percent of the record's proceeds will be donated to Picture The Homeless and Coalition Of The Homeless.

When the people of Heroes of the Dancefloor witnessed a very pregnant and crying woman on the streets begging for money, they felt they had to do something. With their music connections and compassion, the group pulled together the Heroes of The Dancefloor project to help out this worthy cause. The group's first disc of benefited homeless charities in San Francisco and the proceeds of the next album will go to charities in New Orleans.

Check out Sam Dillon's remix of "Same Scandal," a bouncy dance track with huge diva vocals. Click here to purchase their new album on Amazon.com and support their good work.