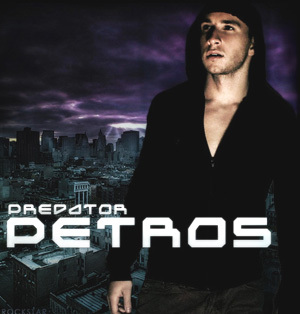 Meet Petros. The studly singer is a senior at Harvard University and a budding singer/songwriter with a slew of other creative aspiration. One of his newest tracks is titled "Predator" and it easily compares to the stomping electro-pop that Lady Gaga, Christina Aguilera and Britney Spears have recently unleashed on the masses.

"Predator" is a banging club track that is "somewhat autobiographical," according to the singer. "I just wanted to write something that anybody could relate to," he writes. "Both from the perspective of the person being skeeved on by some sketchy-but-hot-older-guy at the Ritz, and from our predator side that's tempted by our more carnal instincts. Its just a sexy club track that I think playfully indulges gay culture." 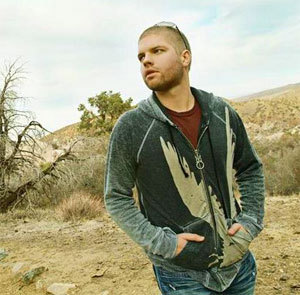 Producer and remixer Morgan Page has been hand selected by Madonna herself to produce an official remix of her forthcoming new single "Miles Away." The song will drop early 2009 and so will Page's remix.

Page writes ArjanWrites.com with a little bit more insight about how the remix came about. "Warner had been digging the other mixes i've done for them, so they gave me a shot," he comments. "It sounds a little bit like the Katy Perry remix [I did]. It is kinda an electro-house vibe with a progressive twist."

Can't wait to hear it! Make sure to check out more of Page's work. His album "Elevate" is by far one of my favorite dance album of the year. 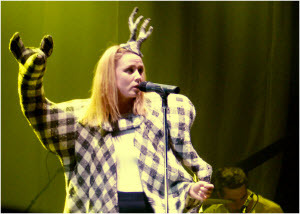 New York nightlife maven and legendary Village Voice columnist Michael Musto might just have ignited a little bitch fight when he wrote that Lady Gaga is the new Roisin Murphy.

"Adele is a healthy Amy Winehouse (unless she's just a food binger instead of a drug abuser)," Musto writes. "And Roísín Murphy is the new Kylie Minogue—a dance-music chantoozie whose Saint at Large concert at Mansion last week brought the queens out in force ( . . . ) Another reflecting-shade wearer, Lady Gaga is the new Roísín Murphy."

I like his little play with female artists, but Roisin Murphy should stay out of the picture. Perhaps Lady Gaga is the new Katy Perry (a one hit wonder), a new Kylie Minogue (forgive me) or perhaps just a colorful knit of existing styles (read this), but our Murphy is in a whole different stratosphere. (Photo via Kris, via Hopeless Optimist)

Who'd ever expect that Sebastian Tellier's stunt at the 2008 Eurovision Song Festival would garner him recognition far outside of the European borders? His performance of "Divine" at the the international music festival created a controversy in France because it was the first time the French song entry was sung almost entirely in English.

Hipster retailer American Apparel picked up Tellier's album "Sexuality" this summer and put it on sale in their stores around the world. The result? People everywhere are falling in love with Tellier's elegant and sensual electro-pop. Today, the album is officially released in the U.S. for those not shopping at American Apparel. Click here to download it at Amazon.com.

Years ago, Coolfer used to post four word music reviews because he figured that most album reviews can be boiled down to four simple words. I totally agree with him. And in a time of texting, twittering, zanneling and instant messaging, sometimes it is better to be brief and get straight to the point. I'll be experimenting with my own Four Word reviews on my Zannel channel. Scroll all the way to the bottom of ArjanWrites.com to get your dose.