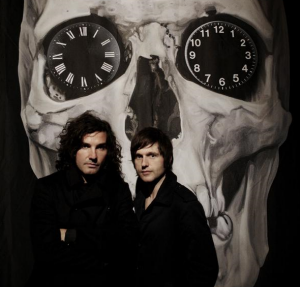 There's a nice backdrop for your Halloween party tonight.

Bedroom studio wizard Calvin Harris put his crafty hands on the new single of British duo The Hours to create a schizophrenic remix with bleepy interludes, a big, pumping chorus and Anthony Genn's emotive vocals. Calvin is taking his poppy soundboard skills into a new direction and I'm not loving his experimentation. Maybe he is just trying too hard.

Haling from Sheffield, England, The Hours were formed in 2004 by Antony Genn and Martin Slattery. Antony Genn previously played with Elastica and Pulp, and also worked as a producer, most notably producing sessions for UNKLE. The band is currently in the studio with Flood recording their sophomore album. 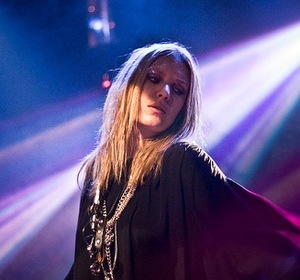 San Antonio's Aether (aka Diego Chavez) has put together a fine remix of Lykke Li's "Little Bit" to promote  his forthcoming remix album "Artifacts." Chavez is a versatile producer who is able to mix up rock, downtempo, hip hop, electro and experimental tunes. But his signature sound  is structured around the gritty boom bap sound of East Coast hip hop combined with "a dreamy and romantic soulfulness that inhabits each song," according to a press release. Download his remix of the Swedish songstress' "Little Bit" now. Guilt-free. Totally. 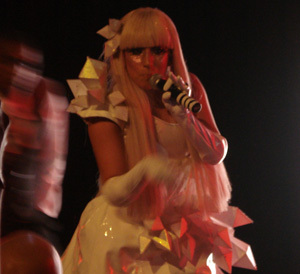 ArjanWrites reader Brian B. headed to NYC's Highline Ballroom earlier this week for Lady Gaga's official CD release party. The singer was performing together with a bunch of her pals including Semi-Precious Weapons, The Ones, Fritz Helder, The Daisy Spurs, Cazwell and Amanda Leopore. "I don't know much about Lady Gaga or any of the New York-based acts that opened for her, but the night proved to be fun, sexy, raucous and surprising," Brian writes me. Read on for this report.

The Ones:  Beastie Boys?  Keith Haring-inspired paint smocks?  Thoughts that came to mind.  But they were fun.

The Daisy Spurs + DJ Bill Coleman: I don't know what to think of this group, self-described as "gogocuntrypunkmashupelectrohouse" but I loved them.  So sexy.  Great mix of energy, music, and fun dancing.

Cazwell featuring Amanda Lepore: Several cocktails consumed, things are getting a little fuzzy.  The set featured two memorable moments. First, his hit song "I See Beyonce At Burger King," featuring an uncanny hair-teased look-alike, and a couple songs with the audacious Amanda Lepore.  It was the first time I've seen her perform and not just pout about a club.  She is a mainstay in this scene, and of course her clothes came off in the end.

Semi Precious Weapons: Loved these glam guys.  So much fun.  "Her Hair! Her Hair! Her Hair is on Fire!"  Though they have a big following already, they just earned another one in me.  They were my favorite surprise of the night.  Plus, I developed a big, fat crush on drummer Dan Crean.

Lady Gaga: Finally, Lady Gaga took the stage to a roaring and adoring crowd.  She performed five songs off her new CD including "Paparazzi," "Love Game," "Poker Face," "The Fame" and she closed with her hit, "Just Dance."  I have to say, she commanded the room.  In most concerts, my eyes tend to wander to the back-up dancers, but my eyes remained fixated on her.  Per your recent post, is Lady Gaga the next Kylie or Roisin? Doubt it. Butshe has a good run ahead of her and it will be fun to see her take off. 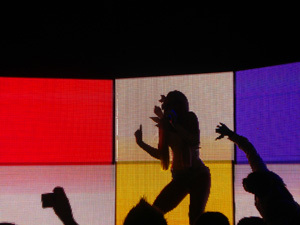 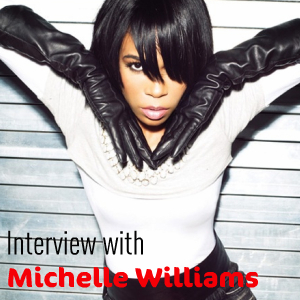 After having the world at her feet as a member of Destiny's Child, still the best-selling female group of all time, Michelle Williams delivered two solo gospel albums. In 2002, she released "Heart To Yours, which became the best selling gospel album of the year, followed by "Do You Know" in 2004. After a stint on Broadway in Elton John's Aida, Williams returned this month with a brand new album, titled "Unexpected."  It is a record full of fresh, dance-tinged R&B and pop that takes her career in an exciting new direction.

After meeting Michelle at TRL studios in May when she introduced the MTV Logo ArjanWrites Brink Of Fame Award, I met up with her again before her record release party and performance at Splash Bar. We talked briefly about this new record, gay fans and the upcoming U.S. elections. 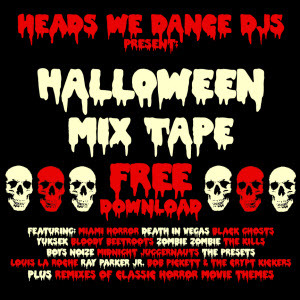 Heads We Dance, one of my favorite new bands from the U.K., put together a fun little mixtape in the spirit of Halloween. It features John Carpenter's classic "Halloween Theme" and suitably titled tracks and remixes by Miami Horror, Black Ghosts, Bloody Beetroots, Death In Vegas, The Presets, Midnight Juggernauts, Zombie Zombie, Yuksek plus more horror movie themes including Ghostbusters, Psycho and Friday 13th. Head over to the Head We Dance MySpace page to download the tape.