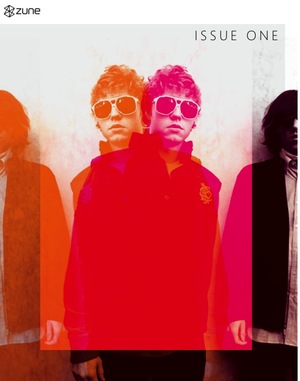 My pals from Chester French are featured in the premier issue of Zune Zine, an online magazine filled with information about emerging new artists that are exclusively featured in Zune's music store.

“I’ve heard people call  us a ‘synth-pop’ group, but our usage of synthesizers is more inspired by hip-hop than by any '80s synth-pop," singer D.A. Wallach explains in the magazine. "We were listening to Outkast’s 'Stankonia,' like, ‘Let’s make it sound like that!'"

Wallach also talk about their group's sense of style. "Music and fashion have always been closely intertwined; a lot of people have a appreciation and understanding for music when they have a visual to go along with it," Wallach explains. "Our goal has been to match the diversity and adventure of the music in the clothes we wear."