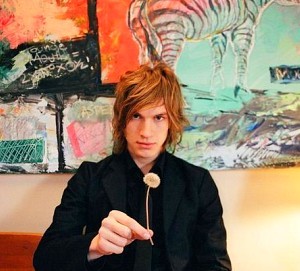 I'm not exactly sure what prompted the folks at RCA to commission a few house mixes of Landon Piggs' wistful "Falling In Love At A Coffee Shop," but I'm sure the song's appearance on ABC's Brothers & Sisters and the renewed interest in the Nashville singer had something to do with it.

The song was featured on the episode that featured the gay wedding between Kevin and Scotty, which got the show noted and overloaded with well-deserved GLAAD accolades.

A big applause to Grammy nominated DJ/producer Carmin Rizzo for not turning the song into a run of the mill tribal house stomper but handling the song with the care it deserves. He stripped the track from its folky roots and injected it with a trance-oriented, atmospheric dance beat that adds a whole new dimension to Pigg's delicate original. (Click here to get a totally guilt-free MP3 download of Landon Pigg "Falling In Love At A Coffee Shop.")

Listen exclusively to Carmon Rizzo's Space Remix of Landon Pigg's "Falling In Love At A Coffee Shop" on ArjanWrites.com. The remix will not be commercially released.