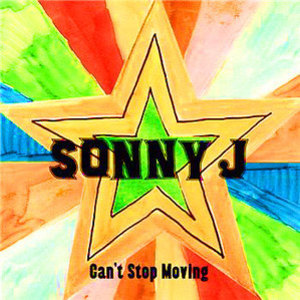 Almost a year after it was first released, Sonny J's campy and colorful "Can't Stop Moving" is getting an official re-release with a bunch of remixes, including one by French electro producer Mirwais who is, of course, mostly known to pop peeps for the work he did with Madonna.

The song is taken from Sonny's LP "Disastro" that he recorded in his "beach hut." A press release boasts that it is "a record of dazzling dexterity, featuring rapping French schoolchildren, old seaside cabaret stars, hypnotists and local drunks, all washed down with healthy doses of inspiration from bizarre, dusty records that have been unearthed by a man with a heart and a home for forgotten souls."

The CD single with remixes is available to all the citizens of the world in high-def MP3 format without any international download restrictions. Click here to download "Can't Stop Moving" on 7Digital.