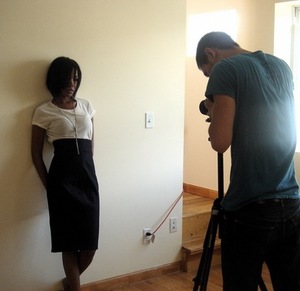 Some of the best pop comes from unexpected places.

After having the world at her feet as a member of Destiny's Child, Michelle Williams released two gospel albums and performed in Broadway muscial Aida. On October 18, she returns with an album full of pop-tinged R&B that many of her fans have been craving for. Head over to her MySpace page to listen to a few tracks from the new album.

Listen for example to mid-tempo glam pop stomper "Hello Heartbreak," the grim and pulsating Zone Out remix of "Hung Over" and the melodic "Stop This Car" that puts Williams' vocals front and center. Produced by Timbaland protégé Wayne Wilkins, the CD's infectious first single "We Break The Dawn" hit the number one spot on the Billboard Dance Chart in July. The success of the single followed her appearance on the MTV Logo New Now Next Awards where she introduced the MTV ArjanWrites.com Brink Of Fame Award (yes, yes, I'm very proud of that).

The photo above is taken from a photo shoot Williams did with the hip and forward Corduroy Magazine that will appear on a newsstand near you very soon. Look for Williams' "Unexpected" on October 18. It might very well be one of the best pop albums to hit in 2008. 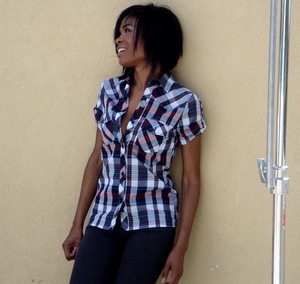