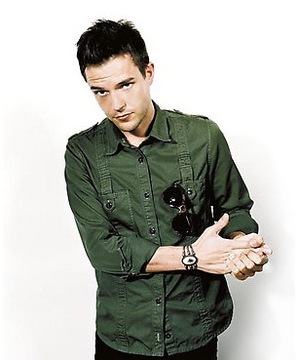 What does Brandon Flowers have in common with Kim Jong-Il, Isaac Asimov, pro-wrestling legend Andre The Giant and 18.1 per cent of the American population?

Answer after the jump.

Answer: all suffer or suffered from pteromechanophobia, a chronic, debilitating fear of flying.

"I've been going to see a doctor," Brandon Flowers tells a reporter of The Independent newspaper. "I have this routine now that's taught me how to control my breathing and it's helped me not get so tense when I'm in the air (. . . ) At my very worst, I turned down a trip with U2 on their Vertigo jet. It was so bad I opted to stay in Poland instead. I really, really wanted to be on that plane..."

What scares him so much about it? "The lack of control. The doctor has been teaching me to consider the whole experience as an outsider – like you're detached, almost like you're actually watching yourself. It's been amazing, and it's really been helping me let go of not having any control. That's the worst thing about it. The short breaths come and you've lost control." [source]