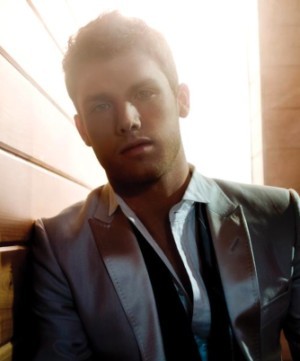 Get ready for Jon "Mr Pretty Eyes" McLaughlin to hit a radio near you very soon. The handsome crooner is considered one of Island Def Jam's priority acts for the summer and the label released his new single "Beating My Heart" to radio stations last week with high hopes for a big summer hit.

McLaughlin is mostly known for writing the song "So Close" for the Disney flick Enchanted that garnered him an Oscar nomination. He also performed the tune at this year's Academy Awards telecast.

Playing the piano since early childhood,  McLaughlin grew up in Anderson, Indiana where he also attended the town's local college to study music. In 2003, he released an independent album entitled, "Up Until Now" in 2003. A local record label signed the singer and released his next self-titled album which led to local praise. McLaughlin started touring and playing coffee houses and small clubs in the Midwest to create a grassroots following of fans.

When Island Def Jam scooped McLaughlin up from the heartland, his folk-rocky sound has commercialized quite a bit. His sound is a lot more poppy comparable to the tunes of Maroon 5, Jason Mraz, John Mayer and Rooney. Check out his new single "Beating My Heart" that was made for mainstream radio. It is a slick, melodic middle of the road tune that is incredibly hooky. (Click here to download "Beating My Heart")