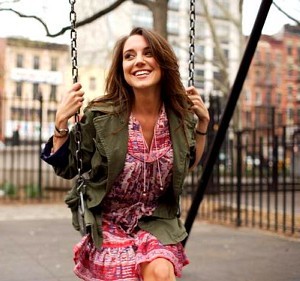 Amie Miriello was handpicked by some of the finest talent scouts in the business. None other than veteran A&R executive Teresa LaBarbera discovered the Connecticut singer and signed her to Jive/Zomba. LaBarbera discovered many other talents in the past, including Beyonce Knowles and Destiny's Child.

Miriello's big label debut is titled "I Came Around" and will be released on September 2. It is a record filled with folk rock, pop and alt-country influences that was produced by heavy-hitters like  Rob Wells (Nick Lachey, Backstreet Boys), David Hodges (Evanescence) and Mitch Allan (SR-71). Check out an exclusive, guilt-free MP3 download of "Coldfront." It's moody mid-tempo ballad that features Miriello's distinct vocals that at times is reminscent of Tori Amos' idiosyncratic singing voice.  A nice multi-layered harmony hits in the song's middle-eight. Miriello's "I Came Around" is an album to look out for.