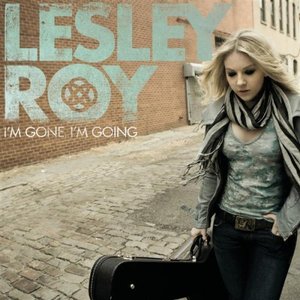 Max Martin has found himself a new muse.

The celebrated Swedish songwriter and producer is responsible for some of pop's biggest hits in recent history, including songs for artists like Britney Spears, Kelly Clarkson, Pink, Backsteet Boys, N'Sync and many others. Now he has turned his attention to newcomer Lesley Roy, and Irish pop-rock talent who is a cross between Kelly Clarkson, Pink and a little Joan Jett.

Born in 1987 in Dublin, Ireland, Roy was inspired to pick up the guitar and write songs at the age of 10 after she saw her mother perform in wedding bands. She started to perform small gigs around Dublin and was discovered by Religion Music, a local indie music label. Soon after, music giant Jive Records got wind of this new pop talent and scooper her up to add her to their roster. Roy committed to recording 6 albums in a worldwide publishing agreement. Not too shabby for a 21 year-old.