« Whatever Happened to Chris Richardson? | Main | Video Premiere: Electrocute "On The Beat" » 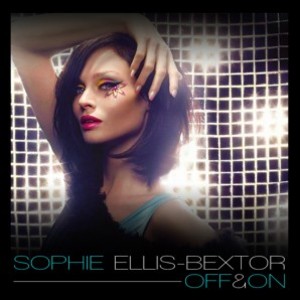 ArjanWrites reader Brent points me to a brand-new track from British pop-singer Sophie Ellis-Bextor. The song is called "On & Off" and it is taken from her forthcoming new album according to Sophie's MySpace blog. "On & Off" was written by Catchy Dennis, Calvin Harris and Roisin Murphy. Roisin originally recorded it for her last album but ended up discarding it much to the dismay of Calvin Harris.

"I did some songs with Cathy Dennis for the Roisin Murphy album but then Roisin decided not to use them because she is a bit mental," he said in an interview last year. "She must be crazy because the songs are really good and Cathy Dennis is obviously legendary. That was a disappointment partly it might also have taken some of the Kylie heat off me for a while. That's all got a bit ridiculous." Ouch.

Have a listen to Sophie's version here and then listen to Roisin's version here. I much prefer Roisin's take on the song, but it is probably a better fit for Sopie's slick and sparkly repertoire.