A Few Words About FNMTV 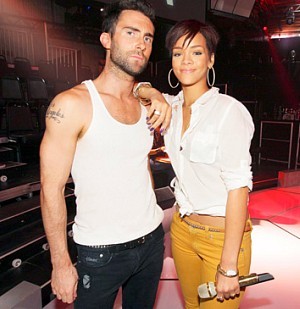 Can I just take a quick minute to say that I really enjoy MTV's new "music show" FNMTV (Friday Night MTV). Yes, that's right. The video is back as the topic of conversation on MTV mixed in with exciting live performances (Rihanna and Maroon 5 this week and Duffy last week). The channel that introduced music videos to the mainstream around the globe turned into it a trashy reality show haven over the last decade in the network's attempt to boost ratings. It is nice to see MTV rework some of it's old glory. Too bad it is only an hour a week, but hey, it is better to sip from a glass half full than from a glass half empty.