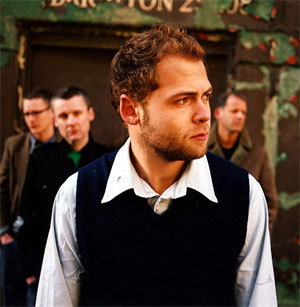 They're coming to America!

Passenger will be making their U.S. debut next month at the SXSW in Austin, TX. The Brighton-based band will be showcasing songs from their debut album "Wicked Man's Rest," which the group will release in the U.S. later this year.

The group got its starts when singer Mike Rosenberg met Bafta award-winning film and TV soundtrack composer Andrew Phillips at a Free Burma benefit in 2002. They bonded over their extensive musical taste and decided to lay down some songs in the studio together. A singer/songwriter reared on Bob Dylan, Neil Young and Van Morrison, Rosenberg had intended to make a traditional, stripped-down album based on strong melodies and his modern-day fables. Inspired by the unusual cast of characters he had come up with, Phillips gave the songs a cinematic setting, A year later they were joined by bassist Marcus O’Dair, drummer Alon Cohen and keyboardist Richard Brincklow, which completed the Passenger's line up.

Passenger's music is marked by its quirky storytelling, strong melodies, atmospheric arrangements and particularly Mike Rosenberg's idiosyncratic vocals. His voice is what struck me immediately when I first heard Passenger this summer.

Download a guilt-free MP3 of Passenger's "Do What You Like" that is a "tale of unrequited love and regaining control and self respect." Whatt stands out to me is the song's unusual mix of twitching guitars, electronica-influenced stylings and Mike Rosenberg's crooning. 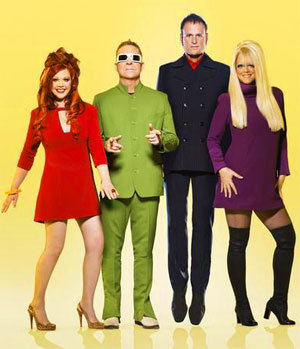 Head over to the Rolling Stone Magazine web site pronto to download "Hot Corner," a track from The B-52's brand-new album "Funplex." Guitarist Keith Strickland describes the track as "loud, sexy rock & roll with the beat pumped up to hot pink." Yummy!

The magazine also sat down with Kate Pierson for a quick Q&A in which she talks about her favorite album when she was fourteen, her current playlist, the coolest person she's ever met and when it is time to retire.

The singer turned goddess also talks about her "most rock star moment." "We were driving back and forth constantly, playing Max’s Kansas City, Hurrah’s and CBGB’s in New York and then driving back to Georgia, writing new songs on the way down and then coming back up and playing," she tells Rolling Stone. "We were in a vacuum, because we were always driving, so we didn’t really have a sense about how our audience was building. We played Hurrah’s one time, and we were looking out the window of the dressing room, and Ricky said 'What are those people standing around in line down there?' And someone said, 'That’s your line for people waiting to get in.' That was the first moment I was like 'Oh my god, we’re rock stars.'"

"Hot Corner" is taken from the group's forthcoming new album "Funplex" that will be out on Astralwerks on March 25. Stream the album's first single "Funplex" here.

It's that banging electro tune that I blogged about a few months ago. Kurt Uenala and Leah are taking it to the next level and will be releasing the song as a single in the next few weeks. French design collective The Holograms produced an amazing animated video to go with the high-powered, intergalactic qualities of the song.

Kap10kurt was founded by Swiss native Kurt Uenala who initially started out making music with his Atari computer and 4 track cassette recorder before he got comfortable with a full studio set-up. You can still hear the Atari influence on "Dangerseekers" that includes a few subtle video game bleeps and beeps.

Kurt told me earlier that he is a huge '80s fan, which is reflected in his music. "The '80s was when pop music was really composed and lots of time was spent on arrangements and chord structure," he said. He lists Orchestral Manoeuvres in the Dark, ELO, Depeche Mode, Kate Bush, a-ha, Howard Jones and Thomas Dolby as some of the artists that inspired him.

He recently got to work with one of his idols when Depeche Mode's Dave Gahan invited him to play keyboards in his band and produce a few remixes.

You Must Watch This: Róisín Murphy Street Performance.

This is endlessly brilliant.

Róisín Murphy gave a street performance this weekend outside St. Paul's church in London's Covent Garden. She performed totally acoustic versions of "You Know Me Better" and "Overpowered."

So brave. So amazing. So Róisín. Continue to surprise me, Róisín. I'm loving it.

(A big thanks to the Róisín Murphy fan blog for the heads up.)

Check out the brand-new video of Spam Sparro's "Black And Gold" that will be released as a single on March 31. ArjanWrites guest blogger Rob Diament described the song earlier as "D’Angelo meeting electro-era Goldfrapp in a dark alley."  That's an excellent way to describe Sparro's synthesized 70’s and 80’s pop, rock and soul, in the spirit of Chaka Khan and Prince. Sparro is a new talent to keep your eye on. (Thanks to Talia for the video tip.)