« Glow In The Dark Tour | Main | Listen to Vampire Weekend » 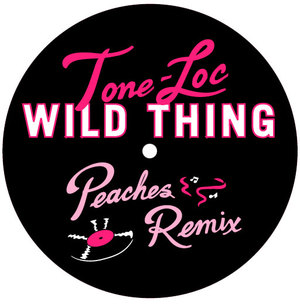 I was just a kid when Tone-Loc's rap classic "Wild Thing" was first released in 1988. After school, I used to spend time at Radio Veronica's studios in Hilversum, The Netherlands where I handed records to DJ Wessel van Diepen, one of the big Dutch radio personalities at the time, during his weekly radio show (together with Caroline Tensen who is now a major Dutch TV star, but I digress). I remember that "Wild Thing" led to a little controversy among radio listeners back then for Tone-Loc's saucy lyrics.

Peaches remix of "Wild Thing" debuted at a special party hosted by Peaches herself at the Tape Club in Berlin last September. Over the next twelve months, Delicious Vinyl will release a full slate of the label's classic records re-imagined by artists including Hot Chip, Spank Rock, Diplo, Bonde Do Role, A-Trak, Ed Banger's Mr. Flash & DJ Medhi. Each release will be available on limited edition vinyl, launched with a special DV Twenty Years Fresh party in select cities worldwide.  The tracks will be part of a triple vinyl full-length album slated for release later in 2008. (Click here to download all the Peaches "Wild Thing" remixes on iTunes.)