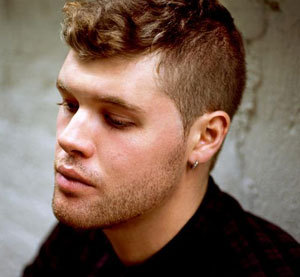 After first hitting the international pop scene with his pal New York DJ/producer Mark Ronson, Australian R&B crooner Daniel Merriweather is preparing to strike out on his own. Check out his new single "Chainsaw," a mellow slice of pop soul that has all the makings of a signature Ronson production with its '60s production stylings and that oh-so-hooky organ riff.

Merriweather is not feeling all that groovy though. "Giving my self to you is giving myself to a chainsaw. You keep cutting me open," he sings.

Merriweather previously teamed with Ronson on their cover of The Smiths' classic, "Stop Me If You Think You've Heard This One Before." The song appeared on Ronson's album "Version" that featured a bunch of guest vocalists, incuding Amy Winehouse and Lily Allen. Currently, the Melbourne native is working on his debut full-lenght album, titled "The Fifth Season," which is scheduled for release on J/Allido Records early next year.