arjanwrites.com: Listen to Example "So Many Roads"

Listen to Example "So Many Roads" 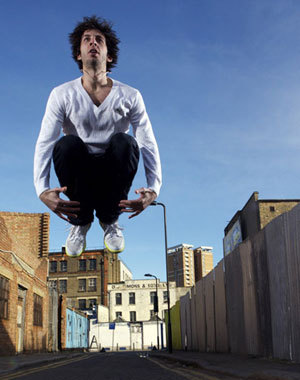 Example's "So Many Roads" makes me weak in the knees.

Hearing that Carpenters snippet of "Only Just Begun" in "So Many Roads" makes me reminiscence about that Carpenters Greatest Hits LP that my mum used to play on rainy Sunday afternoons. Corny as it may sound, there's something very pristine and timeless about The Carpenter's melodies.

Emerging British rapper Example (aka Elliot Graves) taps into that nostalgic splendor on "So Many Roads" and adds some of his own wit with lyrics like, "My cordon bleu sonnets. You just wishin' they edible."

The song is taken from Example's debut "What We Made." I purchased the disc in London after checking it out for while at a Virgin listening station. I love that. Randomly picking some CDs from the racks and checking out what it is. And Example's disc captured me immediately.

From the raw delivery of Plan B to the groovy beats of Mike Skinner, there's something about British rap and hip hop that I thoroughly enjoy. I can't put my finger on it what it is. It might simply be that cocky accent.

Born in West London in 1982, Example started to rap and battle with peers around the age of 15 to make some money. He worked hard on his MC craft and received the Royal Mail Poet of the Year award in 1992.  He met up with his future producer Rusher in college where the two made a concept album in the audio booth of the school's film department. In 2006 and 2007, he put out several mixtapes that eventually landed him a recording deal with Mike Skinner's The Beats, which led to the release of his full-length debut "What We Made" back in September.

(Audio player may take a moment to load.)