Annie Lennox is truly one of a kind.

To commemorate the release of her charity record "Sing" on World AIDS Day (December 1), the singer has put together three special video chapters featuring behind-the-scenes rehearsal & tour footage, and an exclusive interview in which she talks about her vision behind "Sing" and the HIV/AIDS organization Treatment Action Campaign (TAC) that she wants to make you aware of.

Watch the first chapter above, and catch the other two chapters after the jump. Also, if you missed it earlier, check out my exclusive interview with Annie here, here, here and here. 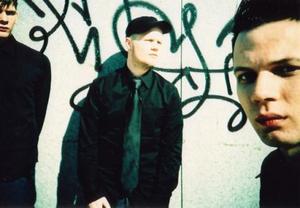 One of you asked me on Monday what happened to Lorraine. Well, there's good news to report.

The Norwegian electro pop trio is gearing up for the release of a new single, titled "Saved," in December that will be followed by another single in February, which will lead up to a full-length album around Easter that will consist of all new tracks plus some rarities.

Have a listen to an exclusive audio stream of "Saved" below.

Hailing from Bergen, Norway, Lorraine are Ole Gunnar Gundersen (vocals), Anders Winsents (guitar) and Paal Myran Haaland (keyboards, programming). They first hit the European music scene in 2003 with songs like "Perfect Cure" and "Echoes," followed more recent work such as "Italian Girlfriend" and "Transatlantic Flight." After parting way with Columbia Records, they now have a deal with Waterfall Records UK to bring out their new music. Their influences include Depeche Mode, a-ha, Pet Shop Boys and New Order.

"Saved" appears to be a re-work of a track that first appeared as a b-side in 2005. A Lorraine representative explains that this older version was a demo version and the single version is a brand-new recording. It is an uplifting and sparkling slice of high-grade electro pop with Gundersen's spirited vocals. It will most definitely satisfy Lorraine fans and hopefully make many new ones. 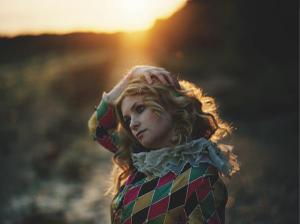 Full press release from Mute after the jump 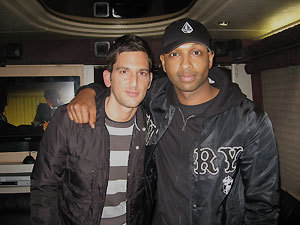 There's something about Kenna. And it is not just his music.

I met up with the singer on his tourbus last night for a chat about all that's new with him while sharing a plate of ziti for dinner.

We spoke for about an hour about everything from the release of his long-awaited new album "Make Sure They See My Face" to his tight bond with Chad Hugo and Pharrell Williams, and from being know as "that guy" from Malcolm Gladwell's Blink to his attempt to climb Mt. Kilimanjaro.

Besides from being very polite and funny, Kenna struck me as somebody who is very creative, driven and constantly on a journey to use his art to accomplish change. He has a vision of his place in the world that goes beyond expressing himself through his genre-bending music and innovative videos.

More specifically, the singer spoke extensively about his new foundation, called For The Greater Good, which will bring clean water and music to children of Africa. A cause close to Kenna who was born in Ethiopia.

I plan to post the interview as a downloadable MP3 podcast in the next week. Until then, make sure to check out Kenna's new single "Say Goodbye To Love" and sample "Make Sure They See My Face" on iTunes.

(A big thank you to Hillary and Ramey for making things happen.) 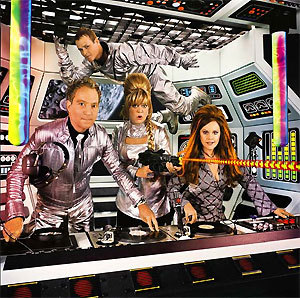 The B-52's are set to return with a brand-new album on February 18 on Astralwerks. The disc will be titled "Funplex" and it is the the band's first studio album in 16 years. Recorded in their native Athens, GA, the group of  Kate Pierson, Fred Schneider, Keith Strickland and Cindy Wilson produced the new LP with Steve Osborne.

Everybody's is buzzing about New York alt-glam rockers Semi Precious Weapons. You can download their entire "brilliant, cunty" new album "We Love You" today for free on their web site.

Check out this very cool new live video of Daft Punk's "Harder Better Faster Stronger" from their album "Alive,"  which will be out on November 20. Directed by Olivier Gondry, the video features footage from 250 cameras held by fans during one of their live shows.

Free MP3 Download: French electro funkers (and Pharrell's BBFs) Cassius are giving away their new single "Rock Number One." Click here to get it. The track is taken from their new album "15 Again" that is in stores now.

Holla! The guys at RecognizeReal serve up another hip hop inspired skit. This one might really scare you.

The Puppini Sisters wish you a Happy Halloween.

Stream the new albums by Britney Spears and the Backstreet Boys.

Alice Keys will be performing songs from her new album during an online concert on November 3. The singer is also featured in a new episode of Sundance Channel's Iconoclasts together with Broadway star Ruby Dee. Watch a clip here.