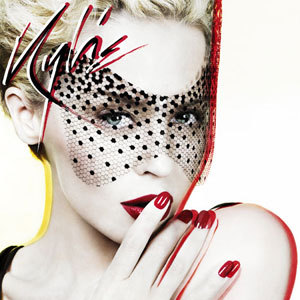 A lot has happened to Kylie Minogue during the last few years, and most of it hasn't in any way been related to her music. One thing her tenth album, "X", will remind you though is that when it comes to pop, there's only a handful who can match the 39-year-old's track record for consistency over 20 years.

With Minogue's somewhat disappointing last album, 2003's "Body Language", she second-guessed a swerve towards a sleeker, more R&B-inspired sound, which didn't sit so comfortably with her pop heritage and also floundered due to its generally dull, workmanlike songs. Clearly with "X" Team Kylie has realised where she fits best into the music mosaic is when she's handed an uptempo track, compete with killer chorus, to embody a sexiness that appears neither contrived nor forced.

There are obvious parallels here to Madonna's "Confessions Of A Dance Floor" from 2005, which raided the best of 70s disco for a sparkling update that sold bucketloads and reinstated Mads as the Queen of Pop. Minogue, who's often toyed with darker, quirkier material ( e.g. "Slow", "Confide In Me", or even her whole "Impossible Princess" album from a decade ago), opts on "X" to step back in time for an early 80s retro-electro vibe. Well, it is better the devil you know, after all, so to speak.

The other 12 "X" tracks generally appear to be a result of a slightly malfunctioning time machine that planned to land in 1984 somewhere between Madonna's debut and "Like A Virgin " albums, but since been abducted by "new romantic" alien life forms sprouting early Duran Duran, Spandau Ballet and Eurythmics.

Track two, "Like A Drug", borrows heavily from Visage's 1981 classic "Fade To Grey" and seems like a natural successor to the magnificence of "2 Hearts". "Wow" (not a cover of the Kate Bush classic) gives more than a friendly nod to Madonna's "Holiday" though overlaid with a plenty of modern day studio trickery. "Speakerphone" from Bloodshy & Avant, is Madonna's "Lucky Star" stuck in a blender with Cher's "Believe". That's a good thing, by the way. Hipster muso of the moment, Calvin Harris, gets even more acceptable in the 80s by producing "Heart Beat Rock", which could easily have fallen off his own album.

A real highlight is "All I See", from Cutfather and Jonas Jeberg, which has a more freestyle 80s groove that Rihanna probably would kill to own. It's made for radio and a cert as a future single, especially for the US market. Another treat you won't be able to get out of your head is "No More Rain", with its sweet Europop sheen. Then there's "The One", which is exactly like what you would expect if remix champs Freemasons got their hands on some of Minogue's early Stock Aitken Waterman material.

Strangely the Cathy Dennis/Guy Chambers contribution, "Sensitized", is one of the big let-downs. When you listen to Dennis' work on the new Sugababes album "Change" (including the current UK #1 "About You Now") you have to wonder how Minogue ended up with such a plodding album filler.

It's also one of three tracks from "X" (alongside "In My Arms" and "Stars") already heard by fans for months via a leaky laptop stolen from one of her UK record company execs. Of these, "In My Arms" is definitely the most noteworthy, with a chorus ranking amongst Minogue's most memorable. Reported and rumoured collaborations with Scissor Sisters, Boy George, Mylo and Groove Armada are M.I.A., but expect a brace of killer Kylie b-sides from this secret stash as "X" steamrolls along in the next 12 months or so.

If there's one truly disappointing aspect to "X", it's that so little of the real Kylie Minogue seeps though the 13 songs that made the final cut. It's only on the last track, the moody "Cosmic", that she peels back the airbrushed layers of foundation and heavily-stylized eye shadow and let's us into what has been going on in her life for the last few years. "It wasn't my choice to make the bed in which I laid," Minogue sings in a heartfelt voice over a looping slow beat, courtesy of writer/producer Eg White, as a reference to her 2005 breast cancer diagnosis. A little more real sentiment and a little less über-hipness (chief offender being "Nu-di-ty", which is as silly as the title suggests) and "X" could have been a great album. As it is, it's a good album, with at least four solid singles, including "2 Hearts", which is sure to join the pantheon of Kylie pop classics.

Kylie Minogue's "X" is released at the end of November in Europe and Australia.