arjanwrites.com: Beth Ditto: "I feel like we're on the brink of something"

Beth Ditto: "I feel like we're on the brink of something" 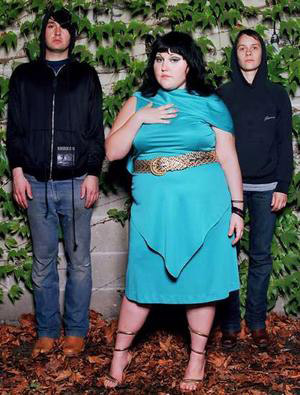 This Sunday, the Observer Music Monthly will be featuring a range of exclusive interviews with legends of the sixties such as Paul McCartney, Sir Michael Caine and Yoko Ono, as conducted by some of todays most popular musical icons. Included is also a very interesting chat between Yoko Ono and The Gossip's Beth Ditto.

Some exclusive outtakes from their interview:

YOKO: "I think the younger generation now are more powerful and better placed for that because they know what we did and they know where we failed to.  There was the sixties liberation but there was the other thing, the drugs, and we were really conned into it."
BETH: "I feel like we're on the brink of something, although I don't know what. And I feel like I'm in this position.  Like I teach at this rock'n'roll camp for girls teaching girls to play music'
YOKO: "This conversation is a real eye opener for me.  I don't realise you were a feminist.  I didn't realise you were so political. All this is very beautiful"

BETH: People forget I'm from a punk scene full of stinking vegan radicals.  We have our own things, and we're all gay, and I think it's all interesting because the media likes the idea of concentrating on things the reader would like to know, and readers like to know about scandal and trashy stuff and some weirdos. But we're fine.

YOKO: "One time someone came up to John [Lennon] and said 'I loved your record' So John said 'Which one' and they went 'Ermmmmm' They didn't know the title or anything.  John was saying afterwards that you should never ask that question.  They just want to say something so you'll love them.
BETH: "I really appreciate honesty.  People are like 'I've never heard of you' That's great! That's fine.  You can't hear everything.  One of the favourite things someone ever said to me was 'I don't like your record'.  Thanks, I really appreciate that"