arjanwrites.com: MP3: You Must Listen to Alice Smith

« And The Results Are In... | Main | Free Download: Division Day "Enjoy The Silence" (Depeche Mode Cover) »

MP3: You Must Listen to Alice Smith 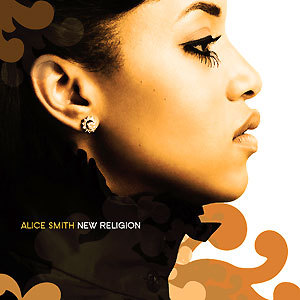 There is no doubt about it. Alice Smith is the real deal.

The über-talented singer, who has a rare four octave vocal range, grew up between Washington, D.C. and a farm in Georgia where her broad spectrum of musical influences ranged from James Brown and Bon Jovi to her uncle’s Gospel band.

But it wasn't until her college years at Fordham University that she began to actually consider the possibility that her voice could be her career.  After graduating college, Smith started to work as a back-up singer where she quickly built a strong live reputation.

With word of mouth spreading from her popular live performances, Alice was soon discovered by an independent label BBE for whom she started to record before signing a major deal with Epic Records in late 2006 who is rereleasing her album "For Loves, Dreamers & Me" on October 30.

It's a must have.

UPDATE: AOL is hosting an MP3 of "New Religion." Get it while it's hot!