« Roz Bell Brings On The Sunshine | Main | Video Premiere: Darren Hayes "Me, Myself And (i)" » 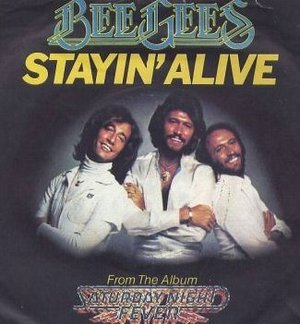 This is one for your trip down memory lane.

Swedish pop rockers Teddybears did a fun remix of BeeGees' classic "Stayin' Alive" that is taken from a brand-new compilation album.

In celebration of the 30th anniversary of "Saturday Night Fever," Rhino rereleased the album as a two-CD deluxe edition that contains two previously unreleased tracks, "Warm Ride" and an extended version of "Stayin' Alive," originally a 12" promo vinyl along with four contemporary dance remixes of classic Bee Gees songs including NRG and Supreme Beings of Leisure.