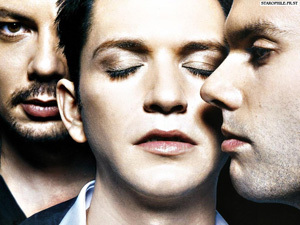 In celebration of their brand-new EP "Extended Play 07," Placebo is giving away a very special, limited-edition 17"x 24" lithograph to one of the readers of this blog.

Click here to see a photo of the lithograph. Submit your name after the jump to have a chance to win. I will pick a winner at random on September 20.

"Extended Play 07" features five of the band's classics and three previously unreleased live tracks, including "Pure Morning "(live from Arras), "Infra-red" (live from Nimes, stream) and the Kate Bush cover "Running Up That Hill"(live from Santiago).

If you're not familiar with the darkly romantic and musically adventurous music of Placebo, then this album might be a good time to get to know Brian Molko (vocals and guitar), Stefan Olsdal (bass) and Steve Hewitt (drums) a little better. I saw the band perform at Coachella earlier this year and was blown away by their tight and compelling live set.

A press release boasts, "Placebo has grown into one of the biggest and best international rock bands on the globe influencing such young bands as My Chemical Romance, Panic! At The Disco, AFI and Aiden. They have collaborated with David Bowie, Michael Stipe, Robert Smith, and Frank Black and headlined festivals all over Europe, South East Asia, and South America."

Enter into the lithograph contest after the jump. 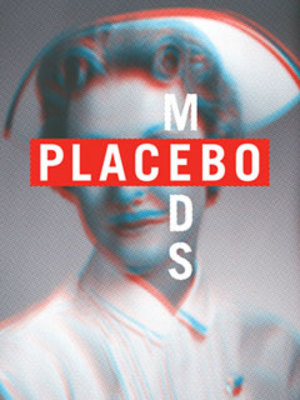 Submit your contact information to have chance to win a limited-edition Placebo lithograph. Winner will be picked randomly from all entries on September 20.