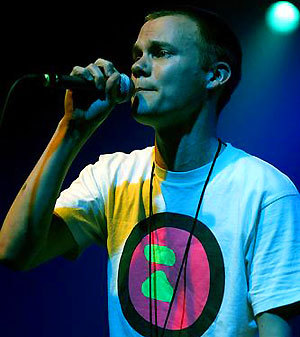 It is cool to make pop stars laugh.
Sometimes they are serious.
Or a little scripted.
Let me share something.

I just met Just Jack and I said:
You are pals with Elton, King of the Gays
You sang with Kylie, Queen of the Gays
That must make you, Jack, Prince of the Gays?
At least until the end of the year or so.
He cracked up.

I was trying to get a real response.
and I got one.

OK. Perhaps not so funny.
You should have been there.
It was a moment.

Listening to Just Jack's cut up rap riffs made me feel a little poetic today. Not sure if it worked, but I had a good time with it. More of my fun interview with Jack soon including stories about being with Kylie in the studio!

In the meantime, listen to Jack's duet with Kylie here. You can also stream his entire new record "Overtones" on his MySpace page. Check it out. It's one of my favorites albums right now.