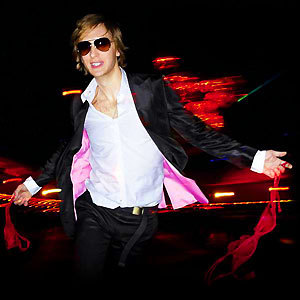 Watch the video for David Guetta's brand-new single "Baby, When The Light" that he co-wrote with none other than hitmaker Cathy Dennis who previously wrote Kylie Minogue's "Can't Get You Out Of My Head" and co-wrote Britney Spears' "Toxic."

"Baby, When The Light" is taken from the DJ's upcoming new album "Pop Life" that promises to bring more of the pop-infused dance music that has made Guetta one of the dance floor's biggest stars right now. "Yeah, some DJs say pop is a dirty word, but I’m trying to be different," Guetta says in a press release. "

"Baby, When The Light" is a decent effort but it lacks the kick of some his previous hits like "Just A Little More Love" and "Love Don't Let Me Go." Quite frankly, it sounds a bit generic and bland to me.

Watch the video (featuring vocals by Cozi) on Guetta's YouTube page. "Pop Life" will be out early October on Ultra Records. (Thanks to Kidz By Colette for the heads up.)

Today, it was announced that the album will be in stores on November 12 (Europe) and November 13 (North America).

The sound of these new tracks is growing on me and all the excitement about this project definitely invokes memories of Duran Duran's heydays.

Timbaland's over-the-top, abundant production style combined with Duran Duran's flashy and decadent aesthetic of the '80s might indeed be a good, new century fit.  A Duran Duran renaissance is surely in the cards. 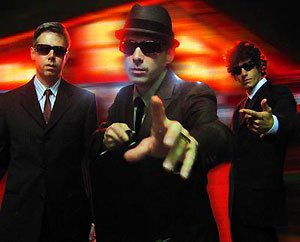 And now for something a little different.

Beastie Boys are back but not in the way you're used to. The trio's new album, titled "The Mix Up," is arguably one of their most unusual efforts yet. It's an all instrumental record with a collection of 12 funky jams all rooted in hip hop-inspired soul jazz.

Check out a guilt-free download of the album's first single "Electric Worm" that features a lot of cool sounds including a funky bassline, cowbell and a '70s flick "waka waka" guitar. I bet the Beasties had fun with this one in the studio. Click here to download the entire album at 7Digital in DRM-free MP3 format. (Track posted with permission of EMI/Parlophone. Thanks Mr. Weeks.)

Listen to a few audio fragments of my exclusive interview with Just Jack about his recent collaboration with Kylie Minogue. Jack re-recorded the track "I Talk Too Much" together with Kylie Minogue for the U.S. release of his album "Overtones."

Jack talks candidly about how the collaboration with the pop princess came about, what happened when he spoke to Kylie on the phone for the first time and standing around in the studio waiting for her to show up to record.

If you're curious to hear their duet, you can listen to "I Talk Too Much" on Just Jack's MySpace page. "Overtones" will be out in the U.S. on September 4. (Click here to order the album on Amazon.com.)

(I had fun compiling the interview audio bits into this video format. Expect more of that in the future. Hope you like it.) 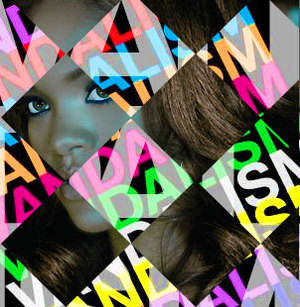 No matter what time or day of the week it is, there's always time for a little Rihanna.

Check out a pretty good mix of "Umbrella" by Toronto electro remix outfit Vandalism (VDLSM). The duo of Digitial Immigrant and Sweddie Murphy turned the squeaky clean original into a cut up, blazing dancefloor stomper.

They offer their remix as a free MP3 download on their MySpace page. Also, check this cool screen art of Rihanna and the Vandalism mix.