Exclusive: Listen to The B-52's "Private Idaho" (The Grid Remix) 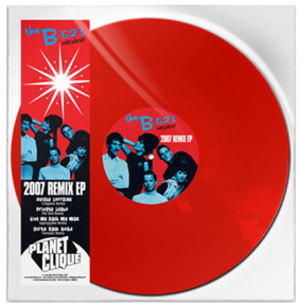 The B-52's 1980 "Wild Planet" was the much anticipated follow up album to their 1978 self-titled debut smash. The record introduced a sleeker, more new wavish sound while maintaining their fun, frenzied vibe. The album delivered the single "Private Idaho" that was a Billboard hit in 1980.

As a tribute to the great music of the band from Athens, GA, British boutique label Planet Clique is releasing a limited-edition, red vinyl EP with four remixes from "Wild Planet" next week. Included are remixes by S-Express ("Quiche Lorraine"), The Grid ("Private Idaho"), Superjupiter ("Give Me Back My Man") and Formatic ("Dirty Back Road").

One of my favorites is the throbbing and frantic electro revamp of "Private Idaho" by the The Grid that gives a whole new life to Kate Pearson's pinching "You're living in your own Private Idaho. You're out of control."

The Grid are journalist Richard Norris and electro pop pioneer Dave Ball who you might know from his work with Mark Almond in Soft Cell. The Grid  had hit singles and albums in the early '90s, including "Swamp Thing" and "Floatation." Recently, they have reformed for to release their new album "Doppelganger" on the Some Bizzare label.

The S-Express mix of "Quiche Lorraine" marks the official comeback of the London-based duo of Mark Moore and Kinky Roland. The two took the charts by storm in the late '80s with their "Theme Of S'Express." Since then, Moore has remained an influential force in the London club scene.