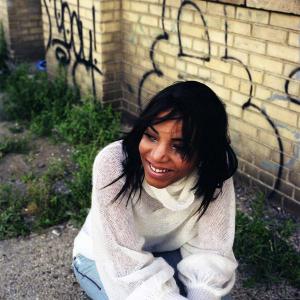 Alice Smith received some major love on Sunday night when her song "Dream" was featured during the closing credits of HBO's Entourage. The show is one of my favorite TV series on cable and not because of its amazing story plot. It's primarily because of the superb Jeremy Pives who playes the totally neurotic, over-the top talent agent Ari Gold, one of the most entertaining characters on television.

After my pals of Chester French were featured on Entourage a few weeks back, it was a nice surprise to hear Smith played on the show. "Dream" is an exquisite, theatrical tune that showcases the singer's distinct vocals. Most people will probably label it as neo-soul, but I think the song is lot more unique, sultry and bluesy than that. And make sure to listen to Smith grooving out towards the end of the song.

"Dream" is taken from her debut album "For Lovers, Dreamers & Me" that was released last year and invokes musical memories ranging from the young Diana Ross to the mature Billie Holiday. Sony's Epic Records recognized the singer's talent and will be re-releasing the disc in September. The record is an accomplished effort that deserves a lot more attention. Smith is one of those rare artists who can solely rely on her raw talent as opposed to being dependent on Timabland-inspired big beat productions that are ruling the charts. 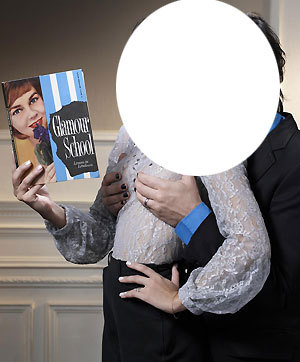 Answer after the jump. 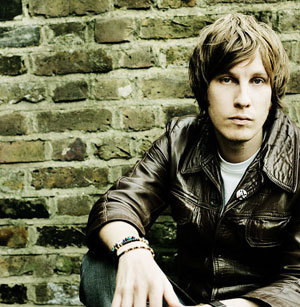 Get a guilt-free MP3 of Scott Matthews' impressive debut single "Elusive" that was released on iTunes in the U.S. last week. It is a subtle and intense, sweet and powerful, well-crafted and incredibly moving tune. This one will wake up all of your senses. It has a folky crunch to it and it might take you a couple of spins to fall in love with it. But if you do, it will be head over heels. I promise.

Fans of artists like Jose Gonzalez, Jeff Buckley and Nick Drake in particular will be in for a treat.

Hailing from Wolverhampton, England, Matthews started playing the guitar at age 7 when his father bought him a Kapok acoustic guitar. The singer/songwriter was inspired by artists like Joni Mitchell, Marc Bolan and Bob Dylan. After he finished art college, he concentrated on being a full-time musician and writing his own music. His bedroom recordings eventually led a demo that became his debut album "Passing Stranger," which was released in the U.K. last October 2006. "Passing Stranger" will be out in the U.S. on September 11. An iTunes release is scheduled for August 14.

"Elusive" was first released in the U.K. back in the summer of 2006. Since then, the song has slowly but surely built momentum among music lovers that eventually led to airplay on BCC Radio 1 and 2. Matthews was awarded the coveted Ivor Novello Award for "Best Song Both Musically and Lyrically" in May and joined the ranks of The Feeling, Madonna and Amy Winehouse who won in other categories. 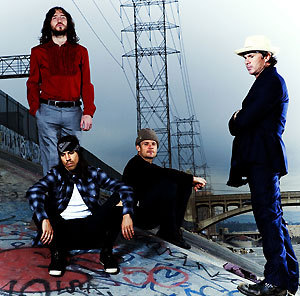 The Dutch like to shake things up a little.

Rotterdam-based house DJ Peter Gelderblom added a hard-driving beat to Red Hot Chili Peppers' 2002 hit "By The Way" and turned it into a ferocious dance floor monster. There is nothing subtle about this remix, apart from a few celestial interludes. Love it or hate it?

(If you have trouble streaming, you can also listen to it here.) 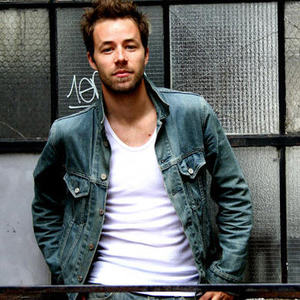 I alerted you about hot new talent Roz Bell back in January after he emailed me some of his music. Since then, the handsome singer/songwriter from Toronto, Canada has been preparing the release of his forthcoming record debut "The First Sunbeams" on Universal Music later this year.

"Yesterday Man" is the first single from his album that pretty much defines Bell's fresh new sound that is drenched in sunshine.  He combines pop, rock, a mellow hip hop vibe and even works in a little bit of reggae to create a very laid-back vibe. Plus, with his self-proclaimed "leisurely" lifestyle, Bell's music feels authentic and totally his. This is the type of music that will sooth you after a hard day's work.

Bell initially started out as a rapper in his teenage years, but slowly transitioned into pop and rock music while maintaining his straightforward lyrical delivery. "I'm a fan of really direct songwriting," Roz says in his press biography. "I love that style of writing. Its very pop and its very simple, but done with the right angle it can be very smart can be very to the point."

"I think in making the transition from hip-hop to singer-songwriter, you kind of cross into reggae somewhere along the line, and I think that's where that influence on my singing style comes in," he adds.

Download DJ Illo's remix of "Yesterday Man" totally guilt-free. Learn more about Roz on his MySpace page, or catch some of the webisodes that introduce Roz and his music here.