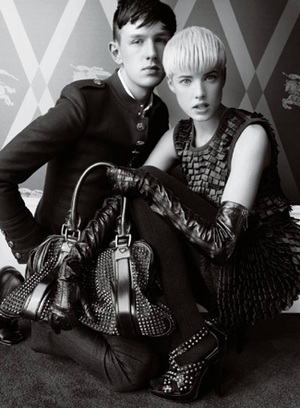 Eclectic singer, multi-instrumentalist, performer and hottie Patrick Wolf is one of the artists featured in Burberry's fall 2007 fashion campaign. Shot by Mario Testino, Burberry's new adverts combine the faces of a new generation of muscial talent (including Wolf and members of The View and The Paddington) with familiar British top model suchs as Finnian Smith and Rob Hughes.

The theme of Burberry's fall line is "British Medieval." Christopher Bailey, Creative Director for Burberry, tells Fashion Week Daily that the idea for the shoot was born during a recent showcase of the fall collection. "The British medieval mood of the show was the starting point to this campaign, where our British models, Agyness, Lily, Kiera, and Georgia, meet today’s young talented British musicians against a backdrop of an iconic argyle and Prorsum horse motif wallpaper." 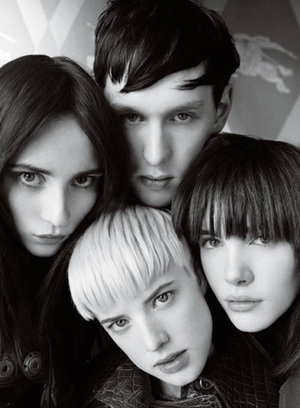 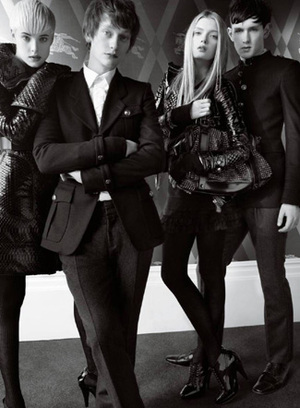