arjanwrites.com: Marc Almond to Return with "Stardom Road" on June 26

Marc Almond to Return with "Stardom Road" on June 26 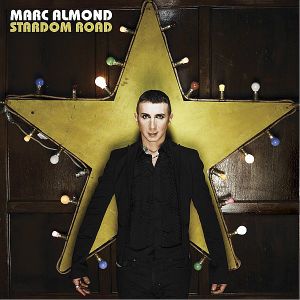 Almond sums it up quite nicely on his new track "I Have Lived" when he sings, "I've have always been an artiste, not a saint."

I had the pleasure of meeting Almond back in 2002 when he and Dave Ball had reunited and just released the brand-new Soft Cell record "Cruelty Without Beauty." Almond talked openly about his sexuality and his past illicit drug use that led to the demise of Soft Cell in the mid '80s. The crooner struck me as a true artist in every sense of its meaning, charting his own course beyond the fad of the moment. Almond does what he wants to do without compromise, whether that is making up-up electro-pop, dueting with Gene Pitney, singing French chansons, performing Russians love songs or strutting down the stage on a VH1 fasion music show.

"I have never felt part of anything, quite honestly," Almond told Arjan. "When I was younger, I was never part of the music business and the social scene. I never wanted to be a celebrity or buy into it. (. . .)  People still don't know what bag I'm in. They are not able to pigeonhole me. I guess I am quite happy be an outsider."

Almond's plans came to a sudden halt in 2004 when he was involved in a serious motorcycle accident. Even though doctors said he made a "remarkable" recovery and he was able to leave the hospital in less than month, it took Almond long into 2005 to rehabilitate. Later that year, he returned to doing some DJ gigs to get back into the swing of things.

In 2006, he went into the recording studio to work on new material. The result of his efforts is the brand-new album "Stardom Road" that will be out on June 26. Judging from the three album tracks posted on his MySpace page, Almond is back in tip top shape. These three new songs reflect a renewed sense of optimism both musically and lyrically. Listen for example to the glorious "I Have Lived" with its soaring string section that prominently displays Almond's no-regret attitude and lust for live.

Also stream the heartfelt "Ballad Of The Sad Young Men" that is a duet with Antony Hegarty, and "Bedsitter Images," an Al Stewart song about making the world your palace no matter how small it is.