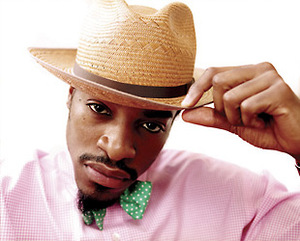 While I'm eagerly awaiting new Outkast material, the duo's Andre "3000" Benjamin is releasing some new solo material next week. The Atlanta artist will be putting out the soundtrack "Class Of 3000," which features 14 songs that he exclusively wrote and produced for his Class of 3000 series on Cartoon Network.

Set to the backdrop of Atlanta, Class of 3000 follows international music star Sunny Bridges who gave up his flourishing music career to teach a group of gifted musical prodigies at his alma mater, the Westley School for the Performing Arts. The soundtrack feature the voices of the characters from the innovative series, including Sunny Bridges, who borrows his voice from Andre 3000 himself.

Lead single "Class Of 3000" is the ideal lecture on different muscial genres with its wild caphony of styles. Professor 3000 keeps the kids entertained.

Download "Class Of 3000" here. (Link provided by Sony BMG and is approved for posting.)