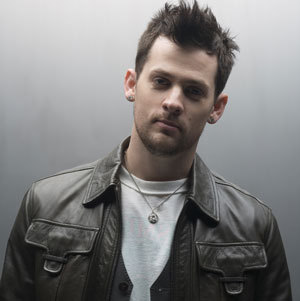 Joel Madden is one of the coolest guys I've ever met. For some reason, I was expecting to interview a moody rock and roll character, but the Good Charlotte singer turned out to be a funny, articulate and very engaging person to be around. In fact, we had quite a few things in common, including a passion for Madonna that instantly broke the ice between us. It got Joel and me chatting about his childhood, gay issues and pesky paparazzi photographers.

Over the last few months, Madden has become popular tabloid fodder after has his much-publicized break up with teen starlet Hillary Duff and his alleged new romance with Nicole Richie. But all the tabloid headlines aren't bothering him. "It's the bullshit factor (. . .) With every job, there's always bullshit," Madden told me straight up.

After selling millions of records with the peppy punk pop of Good Charlotte, the rock entrepreneur started multiple successful projects on the side. Together with brother Benji, Madden launched his own DCMA Collective fashion line and he also moonlights as a DJ, spinning his own brew of pop, dance and indie rock in some of the hottest clubs in the country.

Back in March, Good Charlotte released their brand-new album "Good Morning Revival," a dance-oriented pop-rock effort that might surprise you. The group is currently touring overseas and just released the video for their new single "Dance Floor Anthem," which neatly encapsulates the spirit of their new CD.

(Ful interview after the jump.) 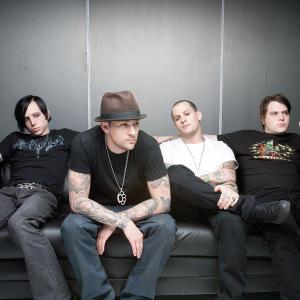 Arjan:  Did you have a big idea for the new album when you started recording "Good Morning Revival"?
Joel: The idea was to change it up a little bit and make something fresh and a little different than our other records. We wanted to make it a little more dancey. I have been influenced by doing my DJ gigs, so I wanted to incorporate that energy. It is not a dance album at all, but it is a lot dancier.

Your new single "Dance Floor Anthem" is definitely proof of that. What do you like about being a DJ?
I’ve been deejaying for a couple of years. I really just love music, all kinds of different music. It gives me a reason to go out. Often when I go out. I don’t really think I belong there, but when I deejay I can pick the music and also have a good time. But the best part is that I can play music for people and make them feel good whether they like my band or not. People come up to me and they tell me they like my set or something. That’s very cool because I get to connect with people on another level outside of my band. Not everybody listens to rock music, or dance music or hip-hop or whatever, but depending on my mood I can play a completely different set. For example, I can do a night of ‘80s music and older people come up to say that they love what I’m playing [even though they might never listen to Good Charlotte].

Have you ever felt people might not take you seriously as a rocker because of your DJ work?
I don’t really think about that because it limits me in what I want to do with my life. I want to live my life to the fullest and I want to do whatever I want to do. If somebody doesn’t take me seriously as a rocker because I DJ that is their problem. That’s their small-mindedness trying to put me in a box. The same thing happened when I started my clothing company. People said I was getting too involved with it. But it was something I really wanted to do, so if people are going to say this or that about it there is nothing I can do about that. I have learned that in the end you have to live your life and make yourself happy.

You have a very strong drive for self-expression and individualism. Have you always been that way?
Yes. I think so. I was raised by my mom and I’m very close to her. She always taught me to be proud of myself and who I am. You are who you are and have to be proud of it. Whether you want to do music, fashion or whatever. You should just never ever apologize for who you are. You should always walk into a room and hold your head up.

Many gays will relate to that feeling.
I’m probably the gayest straight man you’ll ever meet in your life. [Laughs]

If you were gay, who would you like to date?
Johnny Depp! He's the perfect man.

How do you feel about equal rights for gays?
How can you be against love?  I support equality for all people. To me people are people and we really should live and let live. What others want to do with their life doesn’t affect me so people should have the freedom to do that. I really think we’re making progress. There would be less problems and hate in the world, if people stop thinking about others and just worry about themselves.

With your DJ sets you play a lot of genres of music. Was it hard to focus on the signature Good Charlotte sound when you made "Good Morning Revival"?
Not really. I have my brother and the others to keep me focused. Actually, it helped. We have gotten a lot more melodic. My other music projects keep me more open-minded and help me to focus on what I want to do as opposed to what you think people want you to do.

"A Beautiful Place" is probably the most unusual and mellow track on the new album.
"A Beautiful Place" is a song about that place when you were innocent. There was a time for all of us that we had this innocent outlook on the world. And then there is a moment in our lives that we lose it and we learn that the world can be a cold place where people can be cruel and pitiful.