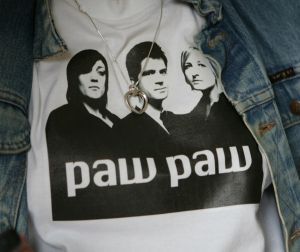 Scissor Sisters' Paddy Boom couldn't have said it any better, "You'd better be cranking up Paw Paw, blowing the speakers and pissing off the neighbours cos man, they are rockin!" Fed on a nutricious diet of Bowie, Depeche Mode and LCD Soundsystem, this London trio of James, Eve and Zoë are a promising new electro-pop act emerging on the British music scene who are impressing both their peers and critics.

The three have been working together for a few years and initially struck a connection with their common love for "sleazy electro beats and sweet pop harmonies." After collaborating on records for ex Spice Girl Emma Bunton, Boy George and Sarah Nixey, the three will finally spread their own wings as Paw Paw this summer with their single  "Wired OK." Release date is set in the U.K. for July 18 on Albino Records. 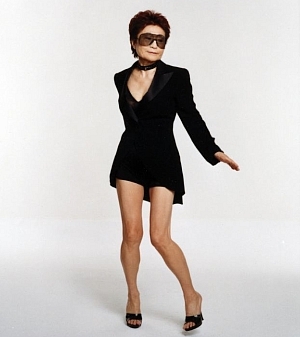 Yoko Ono is no stranger to controversy. And this week she is at it again. The pop culture icon appeared together with Mark McGowan on a British radio station a few days ago. In protest against the royal family's treatment of animals, stunter McGowan supposdly (now get this...) ate eaten chunks of a Corgi dog, the breed favoured by the Queen. Yuck! Totally disgusting.

According to a report by Reuters, "McGowan said he was angry that the Royal Society for the Prevention of Cruelty to Animals, of which the royal family is a patron, had not prosecuted Prince Philip for hunting and killing the fox." Yoko Ono tried a few bites as well.

"You're The One," which follows Yoko's number one Billboard Hot Dance Club Play charting anthems "Walking On Thin Ice" and "Everyman Everywoman," is the debut single from her dance remix collection "Open Your Box" that was released April 3.

Stream the mixes below. And if you missed my interviews with Yoko Ono before, head over here and here to catch up.

Ono "You're The One' (Bimbo Jones Vocal Mix) [real]

Ono "You're The One' (Morel Pink Noise Mix) [real] 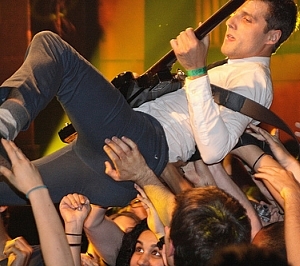 Kudos to whoever shot this photo of Mike "Dirt" Hindert at The Bravery concert in New York this week. Flawless timing. The Bravery's second album "The Sun And The Moon" entered the Billboard 200 at #24 this week, moving a very modest 21,818 copies. That is lower than their first album that debuted at #18 in 2005. (Click here to read about my quickie with Mike.) (Update: Kyle emailed me that he is the one who took this photo. More photos on his Flickr site.) 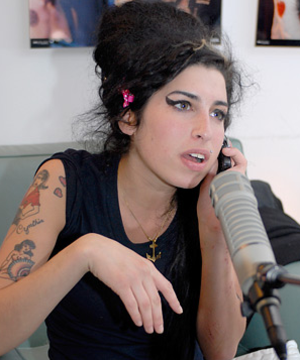 Amazing! Download a recent Amy Winehouse MP3 podcast that was recorded by AOL's The Interface. The podcast kicks off with an incredible acoustic gig of Amy Winehouse performing "You Know I'm No Good," "Rehab" and "Love Is A losing Game."

If you think that Amy is good with a full band, I am sure you will be even more impressed when you hear what she sounds like without one. That voice alone sends chills down my spine. Really good stuff. This MP3 is one to keep on your iPod forever.

The podcast also includes a fun, little interview with the newly-wed. She talks about dissing Bono, the gourmet cuisine of Kentucky Fried Chicken, and her love for booze and rapper Mos Def. And it all comes to you in her signature North London glory. You gotta love it.

Thankfully, she's a lot more talkative than in this interview I saw,  which is a bit painful to watch. Poor Dan the interviewer. Amy is staying on message ("I'm lucky") like a global superstar in the making apparently should. (Amy photo by Mabel Feres, Spinner)

Check out the spooky video for Siobhan Donaghy's new single "So You Say" that will be released in the U.K. on June 18. The song is one of the few songs on her forthcoming second album "Ghost" that most closely reminds me of the music she put out in her not so distant pop past with the Sugababes.

The video was directed by Jamie Thraves who also worked on videos for Radiohead and Coldplay. The concept of the video is based on David Lynch 2006 mind-bending movie "Inland Empire." It is considered by many critics as a surrealistic "masterpiece" with plot that has been hard for many viewers to untangle. Lynch once said in an interview that the movie is "about a woman in trouble, and it's a mystery, and that's all I want to say about it."

Donahy and Thraves have adopted this concept in this new video that features surreal moments with birds and pieces of glass. And of course, that freaky and mysterious ending makes the entire video worthwhile to watch. In fact, she should have include more of that freakiness earlier on. I really admire Siobhan for making unusual and unexpected choices for herself when it comes to selecting producers, photographers and directors to create a style that stands out from the pack.

Hopefully, this single will do well overseas. It should resonate well on mainstream radio. Most blogger are raving about the song "Medevac" that also appears on her new album. I'm more biased towards "Coming Up For Air," a pivotal song on the album (with a Madonna "Frozen" feel to it) that reflects some of Siobhan's reflections and struggles that led to the big idea behind "Ghost."

Much more about that soon in my interview with Donaghy that will appear very soon.