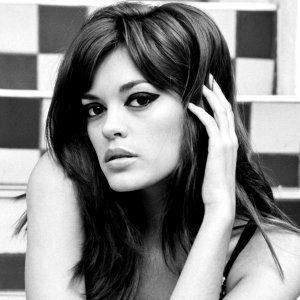 Mancini is one of the hottest new synth-pop bands to hit the British pop scene this season. Their debut single "Up Country" is a sleek and stylish tune that fuses rock and electro with a solid melodic hook. The single was produced by Jagz Kooner who put his soundboard savvy to good use for Mancini and created a mature, polished sound.

Important part of Mancini's appeal is the seductive appearance of front woman Iraina Mancini who is a freakishly delicious hybrid of Garbage's Shirley Mandson and classic '60s beauty Brigitte Bardot. She even invokes memories of The Avengers' heroine Emma Peel with her mod sense of fashion.

The group was founded when Iraina met producer Joshua James Dickson during a concert of funk band 27 Groove in London. They shared a similar passion for music and decided to collaborate together. "We aim to weld classic melody with contemporary electronica," said Iaina in an interview. "We concentrate on creating strong melodies straight from heart over the top of gyrating guitars and electronic experimentation." The two were recently joined by Amy on keys and Mark on drums to complete their line up.

Download the original demo of the track on indiestore or watch the terrific video for the song. Indiestore also has mixes of the song by Mat Bradshaw, Mike Perry and others.