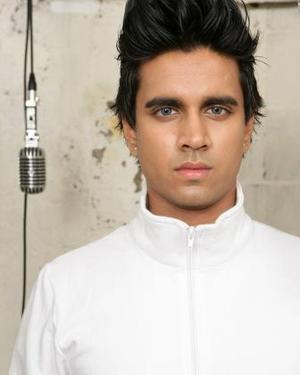 Move over Avril and Nelly, Vivek Shraya could easily be Canada's next major pop act. The handsome singer combines catchy electro pop with straight up lyrics and traditional songwriting sensibilities that is both sweet and crunchy. Shraya puts out the type of music that is different yet still familiar enough to please the mainstream.

The singer first hit the local music scene in his hometown of Edmonton, but recently moved to Toronto to reach a bigger audience and look for more opportunities. He has been making music since he was a teenager, but he has been pursuing a career as a recording artist for the last four years. One of Shraya's biggest fans is Tegan Quin of girl duo Tegan & Sara who contributed vocals to his song "The Alphabet."

Even though the sound of Shraya's music has a strong electro pulse, his music is primarily driven by his soulful voice. He explains in an interview with Mote Magazine that his music usually starts out with a visual aspect. "Either I get a lyrical idea and I write lyrics first and try to listen to the words and let them guide me melodically or, I'lll be on my guitar fooling around and a part will come up and I'll jam out a song. For me, the way I approach music is very visual so I'll have an abstract image in my mind."

Listen to the gritty "Chemistry." It is about a man so head over heels in love that he has no patience whatsoever. "I was never a fan of counting to ten. One. Two. Three was all I had in me," he sings. It is taken from his new album "If We Are Not Talking" that will be out on May 15. (Thanks to Vivek for allowing me to share his music on Arjanwrites.com.)