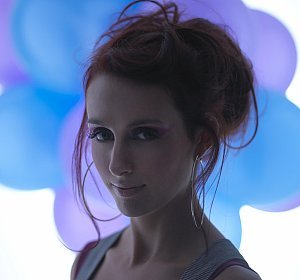 Check out a very exclusive, guilt-free download of Siobhan Donaghy's "Sometimes." It is a brand-new track from her upcoming album "Ghosts" that will be released in June.

Inspired by Brian Eno, The Cocteau Twins and Kate Bush, Donaghy recorded the song and the rest of her second album in a tiny coastal village in North Western France. Her surroundings encouraged her to come up with a sound that is a lot more mesmerizing and dreamy than the straight up pop from her past. But it is nothing that's too weird or artsy the former Sugababes singer assures fans in a press release. "I wanted emotive sounds," says Donaghy, "but sounds that were universal. I wouldn't wanna be some obscure, poncey artist y'know? I am still pop."

Produced by James Sanger, "Sometimes" consists of four main ingredients. It includes an Eastern-inspired groove, ambient electro touches, Donaghy's melancholic vocals and (yes, really) the sound of an engine shutting down. It might seem like an odd brew, but when you mix it, stir it and heat it, you'll end up getting a very accomplished pop tune that is distinctly different.

Donaghy's new single "Don't Give It Up" is available now. You can watch the video on YouTube and purchase the track here. (Much thanks to my peeps at EMI for giving me approval to share this song exclusively.)