« Off Topic: Tim Gunn About Fashion | Main | Arrived in Coachella » 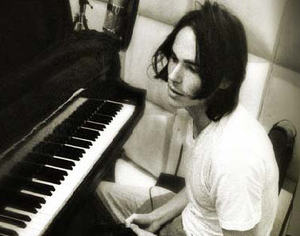 Do you remember pop crooner Ben Jelen? The singer scored a hit with the ballad "Come On" back in 2004. His sweet, soaring vocals and handsome looks made him an instant star with the TRL crowd. But after he released his debut album "Give It All Away," he seemed to have vanished from the charts and I wondered what happened to him.

It turns out that Jelen had much loftier things on his mind than being a teenage heartthrob. He got involved with a numerous charities and benefit projects, including a compilation album for America Coming Together (ACT) to mobilize young people to register to vote and to support progressive candidates at all levels of government. He also voiced his support for equal right for gays and lesbians.

For the last few years, Jelen has been writing and recording his second album, titled "Ex-Sensitive," which is scheduled to be released on July 17. The disc will be out on Custard Records, which is run by Linda Perry and distributed by Fontana/Universal. Perry also served as the producer for Jelen's new album, which gives the project plenty of buzz.

Stream an acoustic version of  "Vulnerable," a brand-new track by Ben Jelen. The studio version of the song will be included on his new album. The singer pours his heart out on this one in a way that reminds me somewhat of Keane. The song is still growing on me, but has made me very curious to hear the original and the rest of the album. (Many thanks to Jelen for giving me permission to stream this track here exclusively.)

Stream an acoutic version of "Vulnerable" by Ben Jelen: