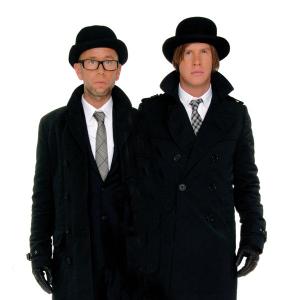 Eurovision fever is building! The annual European song contest will be held this May 12 in Helsinki, Finland after that country won the contest last year. My friends of The Attic, one of my favorite Swedish pop bands, competed to represent Sweden in the national finals. However, their song “The Arrival” did not make the cut and was voted out early in the preliminary rounds. The catchy track will surely be a pop hit across the continent. The final winner to represent Sweden will be chosen on March 10.

If you're into Eurovision tunes, make sure to also check two other entries. Denmark is sending in the very gimmicky "Drama Queen" and The Netherlands' Edsilia Rombley sings' "Nooit Meer Zonder Jou." in her native tongue, which adds a nice international flavor to the show,