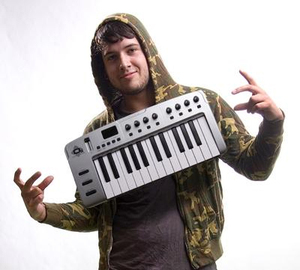 The Secret Handshake is a project by one-man laptop wizard Luis Dubuc. The Texan likes to describe his music as "emo-tinged electronic music" that is an excellent description of his sound that is a cross between Fall Out Boy, Mylo and Arjanwrites.com favorite, Young Love.

After putting out his full-length "Antarctica" in 2004 and the EP "This Is Bigger Than You And I" in 2005, he recently released his new EP "Summer Of '98" with new tracks and remixes. To celebrate the release of the disc, The Secret Handshake has teamed up with the folks of U-MYX who have created simple software that lets people create remixes of songs without any technical knowledge or special equipment.