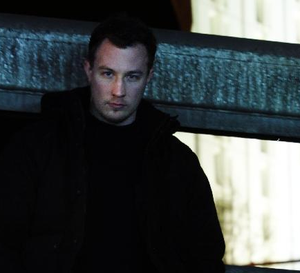 Kris Menace is one of my favorite electro house DJs. He recently produced amazing remixes for Robbie Williams ("She's Madonna"), Bodyrox ("Yeah, Yeah") and Tracey Thorn ("It's All True"). One of his latest concoctions is a dub for LCD Soundsystem's new indie pop tune "North American Scum. Menace's version is a mind-altering slice of electro house with its soaring synths and pulsating rhythms.

Menace shot to fame with his house classic "Discopolis" that he produced together with Lifelike. He founded his own label Compuphonic to release his very own music "with influences from his adolescence to breathe a bit of new life into dance music," the DJ writes on his web site. Currently, he is touring with French electro champ Alan Braxe and preparing the release of his debut album later this year.

LCD Soundsystem is the brainchild of James Murphy who you might also know as one half of the popular DFA production team. DFA has remixed and recorded with artists like Britney Spears, Justin Timberlake, Gorillaz and Nince Inch Nails). "North American Scum" is taken from LCD Soundsystem's upcoming new album "Sound Of Silver" (out in March) that "further expands LCD's sonic palette, taking its experimental impulses to wild new places," according to a press release. Check out the lo-fi video for "North American Scum" that is a bit silly but clever and amusing at moments. (Click here to purchase Kris Menace's remix of "North American Scum" on iTunes.)