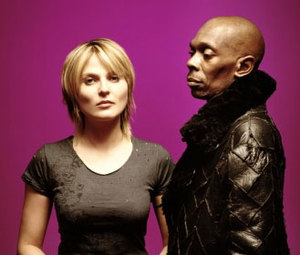 The second single to be lifted off Faithless' excellent (and much-overlooked) new album is the track "Music Matters." Featuring Cass Fox on vocals, the song is the group's homage to the great artists of the past who have inspired them and "for whom music was a message."

Rollo sings, "Under the sheets with my radio. Turn down low so nobody knows. It's the late night show. Hopin' to hear 'Hey Joe.' Singing into my pillow. And praying I don't dance. Untill my 9 volt battery goes."

Faithless commissioned several DJs to remix the track, including Axwell who extended the song to a 9-minute long triumphant dancefloor journey. Check out his entire mix by clicking on the link below. Also, listen to the Pete Heller rework and Rollo &  Sister Bliss' own reinterpretation. The single will be out in Europe in March. No U.S. release dates have been planned at this time, which is a real bummer.