Fiscerspooner Wishes You Happy Everything 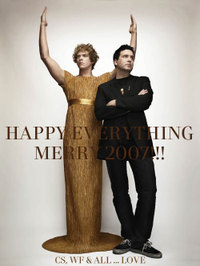 Check out this year's Fischerspooner holiday card featuring the duo in their idiosyncratic poses. Casey is looking fierce as a glorious Greek god (somewhat resembling an Oscar statue). Lovely photo gents, now go and finish that new record. And of course Happy Everything to the two of you too! (Click to enlarge)

Congratulations to The Attic

Congrats to my friends of The Attic who will be competing in Sweden's upcoming national song contest. The winner of the competition will represent the country at the Eurovision Songcontest 2007 that will be held on May 12 in Finland. The guys will be performing "The Arrival" together with singer Therese. Good luck! In the meantime, check out their poptastic "A Life To Live" from earlier this year. 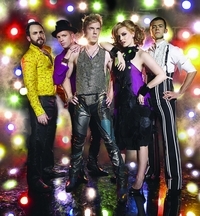 Get ready for a special jetsetting New Year's Eve celebration next Sunday that involves special live gigs in five different cities around the globe that will be broadcast online. The line up includes concerts by Scissor Sisters (Berlin), Nelly Furtado (Mumbai), The Black Eyed Peas (Rio) and John Legend (NYC). You can watch the live shows right here at the Nokia NYE web site. The good things is that if you're in the U.S., you can watch Nelly Furtado and Scissor Sisters perform live and kick off 2007 before you head off to your own New Year's party.

Time is almost up! The Arjanwrites.com Readers' Poll 2006 is closing on Thursday. Make sure to vote for all your favorites. Click here to vote.

What It Is like To Work With Gwen Stefani 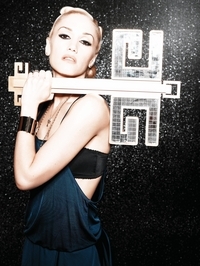 Keane's Tim Rice-Oxley wrote the song "Early Winter" for Gwen Stefani's new album "The Sweet Escape." On keanemusic.com he talks about what it was like to work with Stefani and the state of pop music in general:

"I think pop music is the most powerful art form there is because it reaches so many people. But it's so often done badly or it's about following trends and cashing in. But with Gwen and the people she's been working with, it's about genuinely creating the best pop music in the world. There's nothing half arsed about it. I love that attitude. That seems to be where it's at in very high quality American pop. I think Britain is languishing in a bit of a rut as far as really exciting pop music goes. America's leading the way at the moment. Pharrell is a classic example of someone who'll take influences from absolutely anywhere and do whatever it takes to make it a really world beating pop song. There's no snobbery or pre-conceptions. It's pretty exciting to be around that sort of thing."

I think Tim was a bit starstruck in the mighty presence of Ms. Stefani in the studio. America putting out better pop than the U.K.? I happen to disagree. "Early Morning" is a cute song though. (By the way, Pharell's "In My Mind" was dubbed one of the worst albums of 2006 by Entertainment Weekly.)