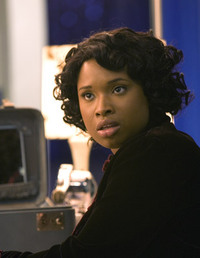 They say there is no business like show business. And show business has never been particularly fair. The story told in the terrific new movie Dreamgirls is a good example of that.

How ironic is it that part of the movie is now playing out in real life? The Hollywood Foreign Press Association favored Beyonce Knowles instead of Jennifer Hudson for a Best Access Golden Globe nomination. Anyone who has seen the movie knows that this makes no sense at all. Hudson clearly has the bigger part, bigger voice and bigger presence. Knowles is just so-so.

I hope the Academy of Motion Picture Arts and Sciences will not budge for the Knowles family lobby when they annouce their Oscar nominations. Jennifer Hudson deserves to be nominated in the Best Actress category.

Anything less would simply be unjust.