Video Premiere: The Feeling "I Love It When You Call" 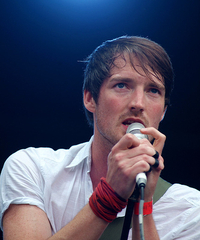 The Feeling is going to be one of the biggest bands in 2007. Mark my words. With their feel-good, '70s inspired pop, the British group will easily capture the hearts and minds of high school teens, their mothers and fathers and all their extended family. In other words: the masses will be enjoying this band. This is the easy listening we have been waiting for. And on top of all this, The Feeling's yummy singer Dan Gillespie-Sells is openly gay. Bravo!

In the States, we will have to wait a few more months before The Feeling's invasion kicks off. Their full-length album is not expected to drop until next March. Only the teaser EP "Four Stops & Home" is available now. The group is already on a roll in the U.K. and British fans got treated to the band's new single "I Love It When You Call" this week. Sit back and enjoy the classy video for the song. (Dan Gillespie-Sell photo by Kirsten Mavric.)

Watch The Feeling "I Love It When You Call" 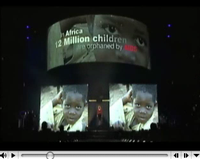 "Madonna: The True Confessions Tour - Live from London" is finally airing in the U.S. on Wednesday. Pressured by religious groups, NBC has decided not to show pictures of Madonna mounting a crucifix during her performance of "Live To Tell." There are even a number of local NBC affiliates, such as WXIA in Atlanta, that are not broadcasting the show at all.

If critics had taken the effort to look beyond Madonna's metaphors and imagery, they would have found that the song is actually drawing attention to the desperate and alarming situation of orphans in Africa and the entertainer's Raising Malawi foundation (a charity that Arjanwrites.com supports as well with its recurring Global Beats item).

Madonna makes a clip of the "Live To Tell" footage available on the Raising Malawi web site. Have a look and be moved. Notice that the video screen on stage is quoting from chapter 25 of the Gospel of Matthew that is mostly known for expressing the motto "I am not come to destroy, but to fulfill."

Even more reason to believe that Madonna uses religion in a positive way to get her call-to-action across. The crucifix adds a dramatic element to her performance and serves as a wake-up call to emphasize the important of helping African children in need. Madonna never operates without an agenda but this is not one to argue about. (Click here to donate to Raising Malawi.) 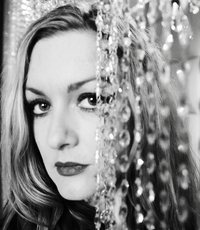 As promised I am posting a second remix of Sarah Nixey's excellent single "Strangelove" exclusively for Arjanwrites.com readers. This mix was done by Pete Davis who is mostly known for his production and programming work with artists like Kylie Minogue, Jamelia, New Order and more recently with Nelly Furtado (Timbaland) and Gwen Stefani (Pharell). You can definitely here the contemporary chart vibe on this electro hip-hop, robot-style dancefloor version of "Strangelove." Get down and dirty with this one. (Hugs and kisses for Sarah's label for allowing me to share this remix.)

And The Winners Are... 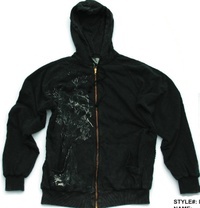 With the holidays nearing and the temperatures dropping, it is time for some new gear! The lucky winners of the Under The Infuence Of Giants contest are:

Congratulations! The winners will hear from me shortly. 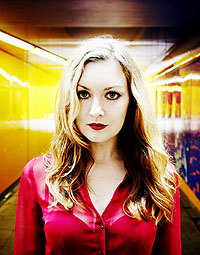 I alerted you a few months ago about Sarah Nixey's excellent new single "Strangelove," a song about the heaven and hell of love that Nixey approaches with both cool and fury. Some of you might remember Nixey from the work she did with John Moore and Luke Haines in Black Box Recorder. The group is currently on hiatus, giving Nixey the opportunity to work on a solo project.

Today, I'm posting the first of two exclusive guilt-free downloads of "Strangelove" remixes. The first one is produced by Mark Lodge. It is a glowing, trance house reinterpretation of the original with some added drama and keyboard hooks. I think you will really enjoy this one. The remix is taken from the "Strangelove" remix EP that will be out on iTunes later this year. I will be posting a second remix, plus a stream of Nixey's new single later this week. (Thanks to Sarah and ServiceAV for allowing me to post this track.)