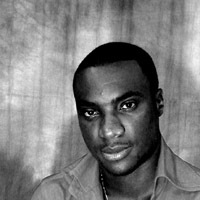 Global Beats is a new item on Arjanwrites.com that highlights popular music from different regions of the world. Tom in the U.K. wrote me about Kwabena Kwabena, one of his favorite singers from Ghana, Africa.

Kwabena Kwabena' real name is George Kwabena Adu. The singer has been trying to break through on the Ghanaian music scene since his teens, doing backing vocals and guitar work on scores of songs. After literally saving his pennies (cedis in his case), he recorded his first album "Aso" and went the DIY route, roping in his friends to help distribute and plug it to radio stations. It paid off. The album's title track received radio play and last month he finally gave up his day job as a draftsman.

Download his mid-tempo balad "Kakyere Me" that is a good example of Ghanaian "highlife" music. This is a musical genre that originated in Ghana Sierra Leone and Nigeria in the 1920's. It is typically characterized by jazzy horns and multiple guitars, and more recently also an uptempo, synth-driven sound. You can download Kwabena Kwabena latest album "Aso" on iTunes. [This post was written in support of Madonna's Raising Malawi. Donate today. - Email me if you have suggestions for Global Beat.)