« Melody Club to Release New Album, Video | Main | Doing It For the Kids » 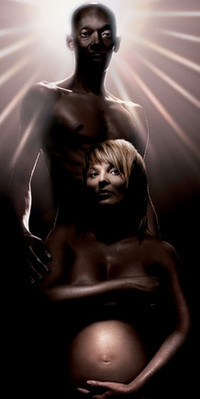 Check out Faithless' amazing new single "Bombs" that is accompanied by a phenomenal video with visually stunning effects that emphasizes the bleak social commentary of the song. It is a must-see piece of art that is so poignant and true that it sent chills down my spine when I first saw it. The single features Kubb's Harry Collier on lead vocals and is taken from Faithless' new album "To All New Arrivals" that will be out on November 27.

"Bombs" perfectly captures the absurdity and insanity of war. "Bomb, bomb, the whole block gone. Can't find my children and dust covers the sun. Everywhere is noise, panic and confusion but to some [it's] a fun day in Babylon," says Maxi Jazz in the song.

The title of the new album not only refers the fact that both Rollo and Miss Bliss just became parents (Rollo got his second child and Miss Bliss her first), but also to the metaphorical meaning of new arrivals, not just those "to the world today, but to Buddhism, or adulthood or what have you...," states a press release.

As with Faithless' previous effort, the electro-rock collective once again balances style with substance with incredible imagery. Not only in their new video, but also with the artwork for their new album. I love how the group is able to create a compelling visual representation of their music that still allows for your own interpretation.

Columbia Records was glad to exclusively share the Galaxy 21 remix of "Bombs" with Arjanwrites.com readers.  This is not your run of the mill house mix. This propulsive, haunting dance production further intensifies the chaos portrayed by the original (including bombs and explosions). "Bombs" is already out as a download (released October 23rd) and is available as a physical format on November 20th. And I can't say this enough, if you haven't seen the video, do it now.